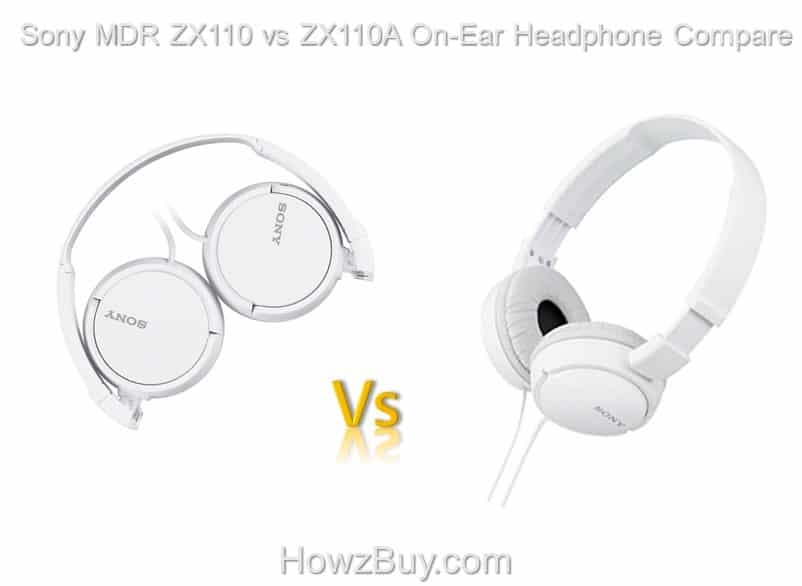 Sony has built its brand in Audio markets since decades, older times their music systems used tobe at much higher price range, however over the time period now competition has made each one to take its own space and price range 🙂

Coming to my own research on Sony’s most popular On-Ear Headphone MDR ZX110 which is one of its cheapest available quality product in market. Owning Sony’s iconic design, the MDR ZX110 is Sony’s best selling budget champion in personal audio space in India.

However I almost I got confused when I saw one more model MDR ZX110a available for sale at lower price on Amazon !! Common sense told me that addition of alphabet must be some higher version so I have just quickly compared the two !!

One more specialty of MDR ZX110a budget headphone is that it is  foldable, easy to pack & carry in travel, supported by 1.2 m long cord which is too good.

Sony MDR ZX-110A does contain inline mic and remote control which other one doesn’t contain…. and that too at lower price than MDR ZX110 ??? May be its an offer on Amazon [Since Flipkart price for MDR ZX110a is almost ~300 Rs higher]

Then why not buy a lower priced On-Ear Headphone for your Android phone with added advantage featuring inline mic ZX-110A ?

Disclosure : Writer has extensive experience of over 25 years in Research & Development. All reviews on this website are based on user reviews & extensive internet research.  He was not compensated for this post by the product owners or promoting this product. Purchase of product is readers own responsibility.
HowzBuy.com is a participant in the Amazon Services LLC Associates Program, an affiliate advertising program designed to provide a means for sites to earn advertising fees by advertising and linking to amazon.com

This site uses Akismet to reduce spam. Learn how your comment data is processed.